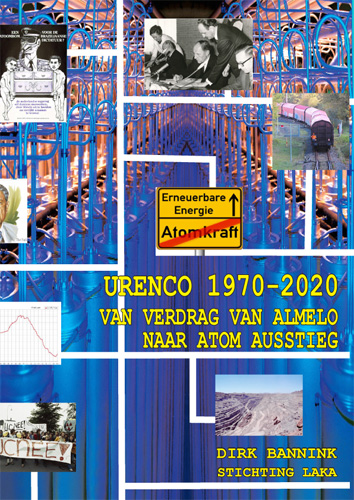 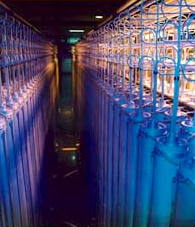 New brochure focusing on the uranium enrichment consortium Urenco.
The Treaty of Almelo was signed on 4 March 1970 ‒ an agreement between the Netherlands, the United Kingdom and West Germany on setting up a company with the aim of enriching uranium: Urenco. The origin of uranium enrichment is military and until then enrichment was primarily the monopoly of the United States and Soviet nuclear-weapon states.

Now, 50 years later, Urenco is a major player on the world market. But those 50 years did not go smoothly and even now the company is under pressure: not only because of the slowdown in the growth of nuclear energy, resulting in large overcapacity in the enrichment market and a shrinking order portfolio, but also due to the German Atom Ausstieg and the decline of nuclear energy in Urenco’s traditional market: Western Europe. This paper describes the development of uranium enrichment and the turbulent history of Urenco. It further analyzes current issues regarding Urenco and its uncertain future.

This is the English version of the original report in Dutch written by Dirk Bannink, plus a more detailed discussion of the A.Q. Khan network (with thanks to David Lowry for his  help with this section). The report is part of the ‘50 Years Treaty of Almelo’ project ‒ a collaboration between Vedan Foundation, Enschede for Peace (NL), AKU Gronau, AKU Schüttorf, BBU (BRD), Close Capenhurst Campaign (UK) and the Laka Foundation.