Laka is not only a research center on nuclear energy issues, but als a documentation center. In size the largest part of the archive are hunderds of thousands articles from newspapers and magazines from all over the world. The clippings are sorted by some 600 subjects, but are not digitally available. Of course it is possible to visit the archive, do come by! 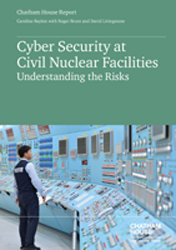 Laka's library contains around eight thousand publications. From scientific and technical reports to obscure brochures; a wide variety. The library gives you a good impression of the rise and fall of nuclear power.
More and more publications become available as PDF. Most you can download directly, but if not, you can contact us to acquire a copy or a scan.

Online, the documentation centre contains around 1,000 reports to the International Atomic Energy Agency IAEA of incidents and accidents with nuclear power plants and other nuclear facilities. Since 1990 the IAEA has gathered these reports but publishes only the reports of the last twelve months. To provide better access to the overview of incidents and accidents, Laka put all reported incidents also in an on-line map 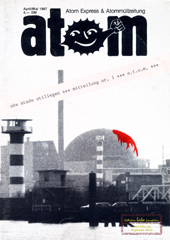 A trove of magazines from the Dutch anti-nuclear movement has been digitized by Laka. Many hundreds of issues are available online.
Laka is now working on digitising its collection of anti-nuclear magazines from countries other than The Netherlands (Germany, UK, USA, etc.). Start here to discover this part of the library.

Before digitizing articles was possible or doable, Laka entered crucial information of articles in a database. This dataset from the early days of the digital era, called 'Adder', has been rescued and contains around 40.000 articles from the Netherlands and abroad. It is easy to search as it has been categorised in over two thousand tags. Some of the articles in Adder have a direct link to their online issue. If not, you're welcome to request a scan or copy by e-mail.

Over the years, Laka has published many research papers. About depleted uranium, nuclear waste, the production of medical isotopes, the anti-nuclear movement, the history of nuclear power, about nuclear energy in general and the rich cultural heritage of the movement; like 'Asterix en de kerncentrale'. Some publications are in Dutch, others in English. All are available online here. 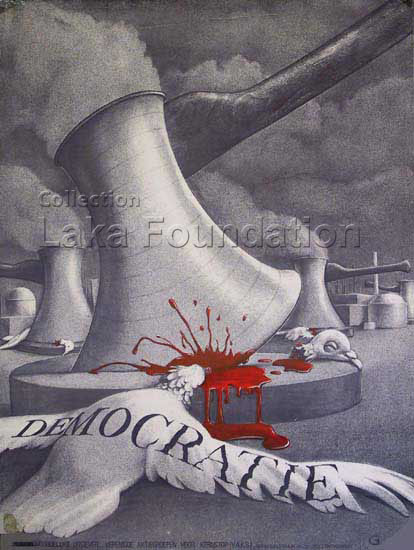 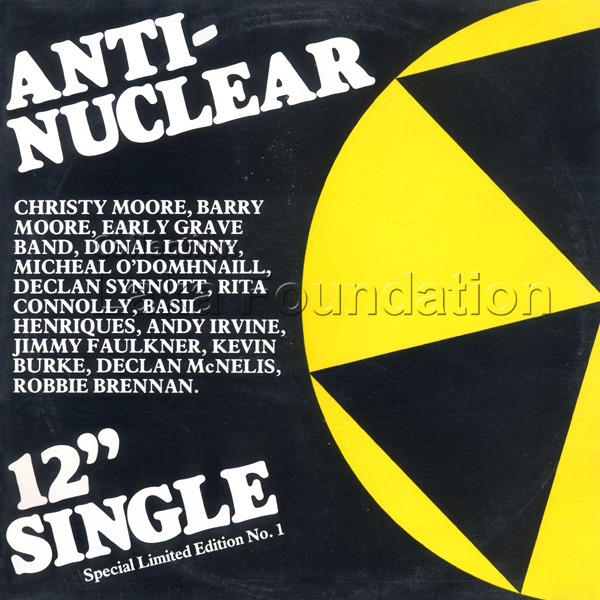 Over the past 45 years the global movement against nuclear energy produced an immense amount of information material and an enormous cultural heritage. This part of the Laka archive deals with that. Naturally the main focus in on the Dutch movement, but besides the posters our music collection is very internationally.
Here a brief glimpse of the Dutch 'strijdcultuur' material.

An important part of Laka's documentation center is the video collection. Alternative productions and long lost images have been rescued. Much material has been recorded in the eighties on VHS and is digitized. 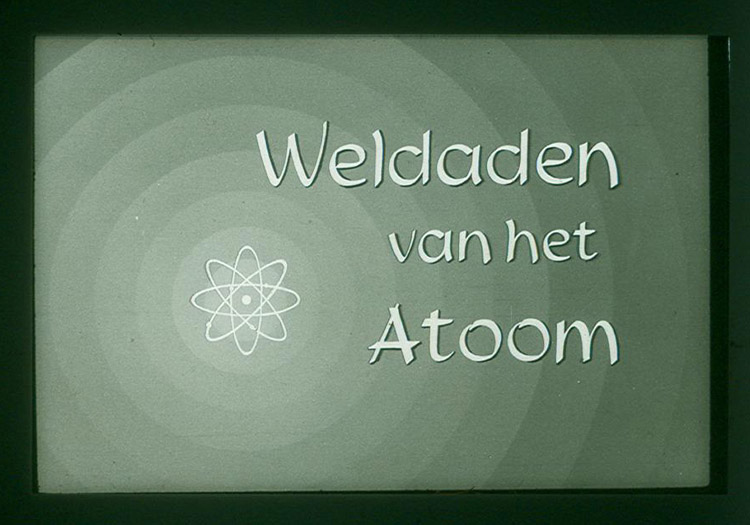 Two sets of slides (in Dutch) are permanently available on the website. They're from the nineteen fifties, the age of unlimited faith in the future and in the possibilities of nuclear energy...

(only on the Dutch part of the site) Not yet disclosed and categorized, but rather extensive, is the part on audio. The tapes include radio programs at which Laka was involved and many interviews with Laka. Work is in progress.