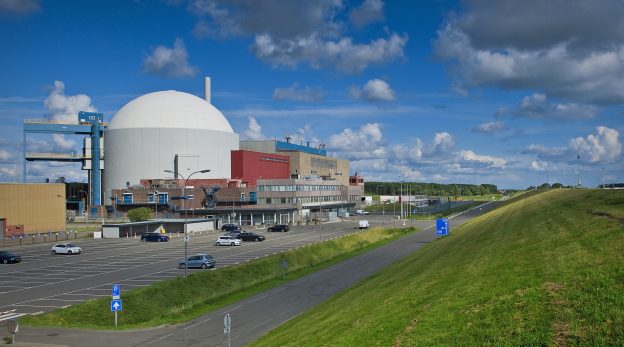 EPZ, the operator of the Borssele nuclear power plant, has long claimed that it recycles "95 percent" of its nuclear fuel, and that only "5 percent" remains as nuclear waste. Following a complaint by Laka, the Board of Appeals of the Dutch Advertising Authority, ruled yesterday that these are misleading environmental advertisement claims. In its ruling, the Board blames EPZ all the more because these misleading claims appear on EPZ's website under the header “Environment & Health”, where 'unsuspecting visitors should expect accurate and balanced information about nuclear fuel and nuclear waste'.

What is the case?
EPZ transports spent nuclear fuel to the French firm Orano, where it is being reprocessed. In May this year, the French advertising code commission JDP only issued a ruling in response to a complaint by the French Réseau Sortir du nucléaire showing that Orano practically does not enrich reprocessed uranium for nuclear fuel production, and that the reprocessing actually happens in Russia. This is then also the case for the Borssele reprocessed waste. However, EPZ's website on "recycling" does not mention Russia, only France. But if not from France, where, according to EPZ, does their 'recycled' nuclear fuel come from?
At the same time, last year EPZ had asked the government for permission to exchange 1764 barrels of highly radioactive (German?) nuclear waste with reprocessor Orano. Could EPZ then really maintain that only "5% of its fuel remains as nuclear waste"? All in all, enough fuel for a case at the Dutch Advertising Code Committee.

Because EPZ cites exact figures in its environmental claim about reuse, it also had to substantiate them at the Advertising Code Committee. And then at this meeting they came up with figures actually that couldn't be right.

What happened: EPZ showed a contract stating that they would make 123 tons of uranium reprocessed in France available to their fuel supplier Framatome for the production of new reprocessed nuclear fuel. Laka had calculated that this new fuel weighs only 48 tons, leaving 75 tons, almost 60% of all nuclear waste, unaccounted for. According to Laka, this 60% is the depleted reprocessed uranium dumped by Rosatom on the tundra in Russia. Where, according to EPZ, had that batch gone? "Sold," EPZ said at the hearing in late October. The Board of Appeal of the Advertising Code Committee then gave EPZ two weeks to substantiate that those "sold" 75 tons of reprocessed uranium were in fact being used in a nuclear power plant for electricity production. If EPZ could not prove this, the environmental claim that "95% is reused" could not be used. After the deadline passed, EPZ replied the Board that the production of fuel elements with reprocessed uranium leaves 'tails', and that they do not have evidence regarding the further use of those tails.

The Board of Appeals had already alerted EPZ to the consequence of not substantiating its environmental claims, and in its final ruling left little doubt about EPZ’s misleading claims:

Based on the foregoing, the Board concludes that the accuracy of the environmental claim regarding 95% reuse and 5% waste has not been demonstrated in accordance with Article 3 Environmental Advertising Code (MRC). Since the seemingly accurate claims regarding the percentages have not been proven, the Board rules that these statements give consumers an incorrect and therefore misleading (within the meaning of article 2 MRC) idea about the extent to which EPZ's nuclear fuel is reused and about the waste, respectively.
This is all the more damning since nuclear waste is a major health risk and the claims were specifically made in the context of the theme "Environment & Health", which presupposes correct and balanced information to consumers about these aspects of nuclear energy. The Board finds the claims in violation of Article 2 MRC on this point.

EPZ is recommended to stop using the following environmental claims:

Today, Dec. 1, these claims are still available on the EPZ website.